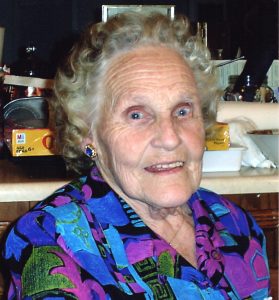 Visitation
Family and friends will be received at STEADMAN BROTHERS FUNERAL CHAPELS, Brigden on Tuesday, October 15, 2019 from 4 pm to 7 pm with prayers starting at 6:45 pm.

Funeral Mass Details
A Mass of Christian Burial will be held at St. Joseph’s/St. Charles Catholic Parish, Corunna on Wednesday, October 16, 2019 at 11 am with burial to follow. Father Dan Vere officiating.

Donations
Sympathy may be expressed through donations to charity of choice.