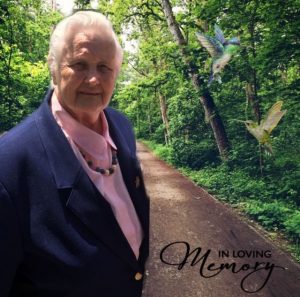 Family and friends will be received at STEADMAN BROTHERS FUNERAL HOME Brigden on Thursday, October 15, 2020 BY INVITATION ONLY. Anyone attending must wear a mask and practice social distancing.

A private funeral service will be held on Friday, October 16 with Rev. Paul Woolley officiating. Interment in Riverside Cemetery Sombra.

Sympathy may be expressed through donations to the charity of your choice.